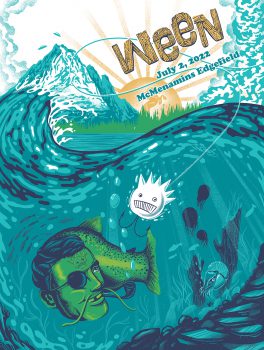 An Evening with Ween

This show has been moved from Saturday, July 4, 2020 at Les Schwab Amphitheater in Bend, OR and rescheduled from July, 3, 2020 at the Edgefield Amphitheater. All tickets previously purchased for the Bend or Edgefield performances will be honored.

Formed by Aaron Freeman and Mickey Melchiondo, Jr. in New Hope, Pennsylvania, Ween has taken on a cult-like status with legions of devoted fans around the world. Beginning with six self-released cassettes in the 1980s followed by 11 studio albums, six live albums and a smattering of EPs through the 1990s and 2000s, Ween’s recorded output is far-reaching in its styles moving from rock to punk to psychedelic to country to alternative and all points in between.