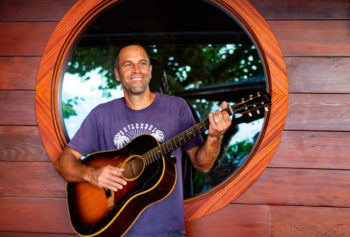 Jack Johnson has released seven studio albums and two live albums that have sold over 25 million copies worldwide since 2001. His Brushfire Records label and touring crew have been leaders in the greening of the music industry and his All At Once social action network connects fans with local non-profits at each tour stop. Jack, with his wife Kim, founded the Kokua Hawaii Foundation to support environmental education in Hawaii’s schools and communities, as well as the Johnson Ohana Foundation to support environmental, art and music education worldwide. Proceeds from these albums and tour profits, along with Johnson’s personal charitable activities, have resulted in over $37 million donated to charity since 2001.

$2 of every ticket will go to support the environment, with half being directed to carbon offset projects and half going to support the All At Once Non-Profit Partners working on environmental initiatives in your area. There will also be a donation module set up at checkout, where patrons can choose to donate an additional amount of ($3, $10 or $50) which will go to the Johnson Ohana Foundation.