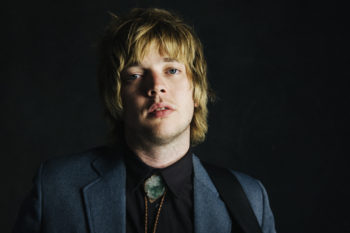 The recognition adds to yet another unstoppable year for Strings, who is nominated in two categories at the 64th Annual GRAMMY Awards: Best Bluegrass Album (Renewal) and Best American Roots Performance (“Love and Regret”) and is currently in the midst of a massive headline tour. Upcoming stops include Knoxville’s Civic Auditorium (two nights, both sold out), Madison’s The Sylvee (three nights, all sold out), Santa Barbara’s Santa Barbara Bowl (two nights), Austin’s Moody Amphitheater (sold out), Nashville’s historic Ryman Auditorium (three nights, all sold out) and Morrison’s Red Rock Amphitheatre (two nights, both sold out) among many others. See below for complete tour itinerary. Ticket details can be found at www.billystrings.com/tour.

Out now via Rounder Records (stream/purchase here), Renewal was produced by Jonathan Wilson and solidifies Strings’ position as a singular artist—one who honors the history of the music that inspires him, while continually pushing it forward. With the record’s sixteen tracks, Strings shares a more personal and honest perspective through his songwriting, while incorporating his wide range of influences with elements of bluegrass, classic rock, metal, psychedelic music and more.

Released to widespread attention, Renewal landed on several “Best of 2021” lists including The Bitter Southerner, No Depression, Glide, The Boot, Folk Alley, Nashville’s WMOT Roots Radio and Pittsburgh’s WYEP Radio. It was also one of the Top 50 Most Played Albums at Americana Radio last year, while Strings was #1 on listener-voted year-end lists at Charlottesville’s WNRN and Spindale-Asheville’s WNCW among others.